As one of three main train stations in the city of Beijing, Beijing South Railway Station was put into service in 2008, along with the operation of Beijing – Tianjin Intercity High-Speed Railway. It is the biggest and the second busiest train station in the city. This station serves as the terminus for high-speed trains from Beijing to Xi’an, Guangzhou, Changsha and Wuhan.

Beijing South Railway Station has five floors, two of which are above ground, three of them are underground.

The departure concourse is on the second floor (2F). In the center of this floor is a large waiting lounge, which serves all the trains depart from Beijing South Railway Station. The waiting lounge has a total of 5,000 seats, that can accommodate more than 10,000 passengers waiting for the train at the same time.

The boarding gates are located around the waiting lounge. Train numbers are shown on the LED screen above the gate.

There are two VIP waiting lounges for business class travelers, which are beside the west entrance of second floor.

If you have a connection train to be taken in Beijing South Railway Station, you don't need to go outside the station. Just make the transfer at the transfer hall.

There is a taxi stand and a bus stop beside the transfer hall. Also there is a ticket office and a waiting lounge.

The arrival concourse is located on the first floor underground. You can take a taxi or bus on the same floor. Or go downstairs through the elevator to take a subway.

Beijing South is also a terminus for Beijing Subway Line 4 and Line 14.

Wheelchairs can be rent at the service center on the second floor. The retal service is free of charge. But a deposit of RMB600 (90 USD) is required, which will be fully refunded when the wheelchair is returned. 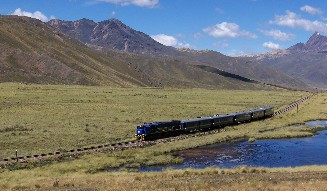 Tips Before Taking a Trans-Siberian Train